Geek It Till It Hurts

Living off the LAN

League Assignment/Sunday Post: Kurt Russell – The Roles Only He Could Play

This weeks assignment from The League is “Kurt Russell”  That’s it. No other guidelines. So I guess off I go.

I am also going to submit this for this weeks Sunday Post from Jakesprinter since the topic is Famous Movies!

We have all seen Kurt Russell in a movie here and there. He is by far not the most famous face, but definitely not the least recognizable. If you are a huge pop culture fan, or just an early eighties child, growing up in the “Era of Kurt Russell”, you may have a very special respect for him like myself. You know there are those movie roles that were just made for a specific actor? Well I think that there are times when the actor step in and makes the role. Kurt has done this time and time again.

Snake Plissken stands among the 80’s heroes such as Detective John McClane, Indiana Jones, and Rambo. I think all that is required to lump these characters together, is to take a ridiculous premise, with a tough-as-nails main character, that had at least one sequel and two or more of them were filmed in the eighties. (Now I got you thinking about all of the possibilities don’t I?)

Plissken is a bad ass ex-con, convicted of bank robbery, turned mercenary, he is called on by the U.S. Government to help when no one else will.

IMDB Description: In 1997, when the US President crashes into Manhattan, now a giant max-security prison, a convicted bank robber is sent in for a rescue.

When terrorists hijack a Boeing 747, en route to Washington D.C. with a plane full of nerve agent, a team must go on in to “diffuse the situation”. However the team needs  Dr. David Grant (an Army Intelligence Analyst) who has knowledge of these terrorists.

The good doctor is the typical nerd turned hero type 80’s movie. While he is dressed, treated and acts like a nerd, you can tell that this is a well built ass kicking machine. Put in the right scenario, he could become the life saving hero of the journey. Classic Kurt Russell.

One tidbit about this movie, since when have you ever seen a movie that opens with a scene of Steven Seagal kicking ass, and doesn’t end with the same?  He Dies!  The movie opens on Seagal, and he dies. He isn’t the main character. What the hell? (sorry for the rant)

Truck driver Jack Burton gets pulled into the ancient world of magic, mystery and martial arts when his buddy’s fiancee is kidnapped by a street gang to be sold as a sex slave. Everywhere I look I find the descriptions of this movie that make is sound so serious, but this movie is really seen as a comedy.

Glowing eyes, magic powers, ancient ghosts and green eyed beauties being sacrificed to a living god. Enter Kurt Russell to save the day. No one else could pull of this mixture of comedy and bad-ass-edness, get critically dumped on, and still earn the recognition that comes with being a “Cult Classic”

Here’s to all the fans out there that help keep these classic in circulation.

An interstellar teleportation device, found in Egypt, leads to a planet with humans resembling ancient Egyptians who worship the god Ra. In order to investigate the danger on the other side of the gate, the government pulls Jack O’Neil out of retirement. Only O’Neil is disturbed by the recent loss of his son who killed himself using Jack’s gun.

O’Neil and his team go through the gate, where he falls in love with the people, and makes a connection to a kid who resembles his son. However even with that friendship brewing, Jacks primary objective is to determine the risk to earth, and should it be great, destroy the gate.

A depressed man who finds friendship and recognition, risks everything he still has to follow orders, but in ignoring them, finds a life renewed. Sounds a little soap opera in spacey, but I loved this movie (and am addicted to the whole tv franchise).

Here it is, my number 1 pick for roles that only Kurt Russell could play. Take an ex-stuntman with burns all over his face. Give him nothing left in his life but the memories of his career, and a lonely life, due to the hideousness of his wounds. Enter hot women, that frustrate the hell out of the man and send him into a murderous rage.

Acting like a true gentleman, he convinces a girl that he can give her a ride home, but when she climbs into his car, she see’s that it is a stunt car. He explains that the car is death proof (hence the title), but only for him. Taking off and driving at fast speeds, hitting jumps, slamming the brakes, he basically turns the young girl into a puddle of battered gelatin in his passenger seat. The whole time, the look on his face is priceless.

Enter group of girls number two, two of them stunt women themselves. While out test driving the challenger of their dreams (the same on from the movie “The Vanishing Point”, they are attacked by Stuntman Mike in his new ride and hi-jinks ensue. I will leave the rest out, because I bet there a lot of you who haven’t had the chance to give this movie a look…  If you haven’t already, check it out.

Check Out Other League Member Submissions

14 comments on “League Assignment/Sunday Post: Kurt Russell – The Roles Only He Could Play”

Mockingjay
by Suzanne Collins
This was by far my least favorite of the three books. I am happy to have some sort of conclusion but, it seem to end a little abruptly for me. Without giving too much away, I just feel like there was a lot unsaid in the last 6 or so chap...

Share book reviews and ratings with TJ, and even join a book club on Goodreads.
https://www.goodreads.com/review/custom_widget/42132590.TJ's%20bookshelf:%20read?cover_position=&cover_size=&num_books=5&order=&shelf=&sort=&widget_bg_transparent= 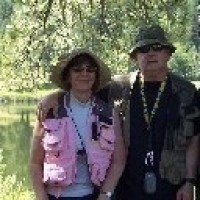 A family friendly site for explorers, curiosity seekers and lifelong learners of all ages.

geocaching ranting and raving at its finest

Its Not About The Numbers
THE LITERARY MAN
Russel Ray Photos